AI, Machine Learning, and Deep Learning in a Nutshell

About 30% of activities in 62% of German occupations could be automated through Artificial Intelligence. But, aside from humanoid robots in sci-fi movies, what exactly is Artificial Intelligence? Is there a difference between terms like Machine Learning and Deep Learning, or are they just buzzwords for the same thing? We explain the basic concepts and how they can be applied in business optimization processes.

What is Artificial Intelligence?

Artificial Intelligence (AI) is a broad term for a variety of concepts, the definition of which varies across industries and research fields. In layman’s terms, AI is often described as machines mimicking human cognition. This, however, both under- and overestimates what AI can do. A more accurate description of Artificial Intelligence is that of a system that “perceives” its environment (meaning data input) and takes action to maximize its chance of achieving its goal. 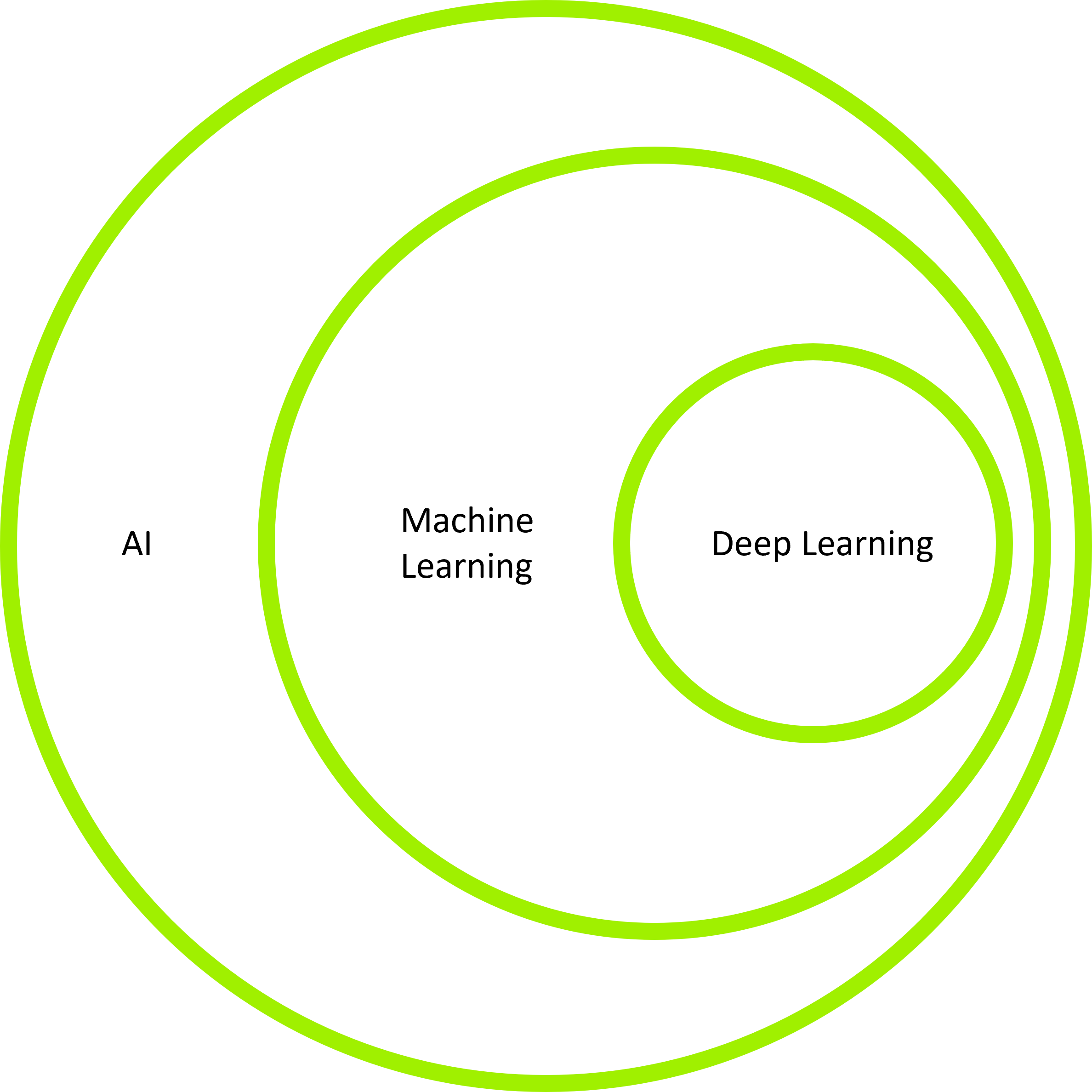 Deep Learning is a form of Machine Learning.
Both are a type of Artificial Intelligence.

What is Machine Learning?

Machine Learning (ML) is a specific kind of AI that reacts to its environment without needing individual rules for every new situation. At the core of ML, there is a mathematical function (or several). The objective of that function is to make stochastic predictions based on input data. A Machine Learning algorithm “learns” how to make the best prediction by adjusting the parameters of the function to the input data.

For a simplified analogy: Imagine a small child learning the concept of a bird. At first, it might refer to any animal as “bird”. After a while, however, the child will have learned to pay attention to whether the animal in question has feathers, a beak, or a high-pitched tweet. It will have learned that these characteristics are important to determine the probability of an animal being a bird. Other factors, such as whether or not it has eyes, are less important in making that determination. Machine Learning works in a very similar way.

Machine Learning has many uses, but is particularly helpful for digitizing existing paper documents. Here are some examples of how Machine Learning is making business processes easier:

What is Deep Learning?

Deep Learning is based on a Machine Learning model known as a Neural Network. Again, at its core, there is a mathematical function – or, more precisely, several functions lined up beside each other to form a layer of “neurons”. Deep Learning relies on networks that have so-called “hidden layers”, meaning several layers of neurons that are stacked between the input and output layer.

The idea behind Neural Networks is to simulate the decision-making process in the brain: Based on its input, each neuron will decide to fire a yes or no response, which may then feed into the decision-making of other neurons. This combination of “micro-decisions” leads to incredibly powerful learning and is the basis of many of the more well-known examples of AI, such as smart speakers or social robots.

Machine Learning or Deep Learning – which is better?

Both general Machine Learning and Deep Learning, in particular, have strengths and weaknesses. Deep Learning is capable of mastering complex tasks that necessitate creative problem-solving abilities; however, it is computationally demanding.

Other Machine Learning techniques (for example, clustering algorithms and support vector machines) are easier to implement, train, and execute. However, the tasks they can perform are limited. They are powerful tools for pattern recognition and categorization tasks, and they can be easily integrated into a wide range of on-premises software architectures.

There are many types of Artificial Intelligence. Some of them are lightweight, easily implemented algorithms that still have great potential to optimize business processes. Some are based on data-heavy, complex neural networks that require highly scalable environments. Still, they are worth looking out for, as they can reach super-human performance even in creative tasks and are sure to transform the way we do Enterprise Information Management in the future.